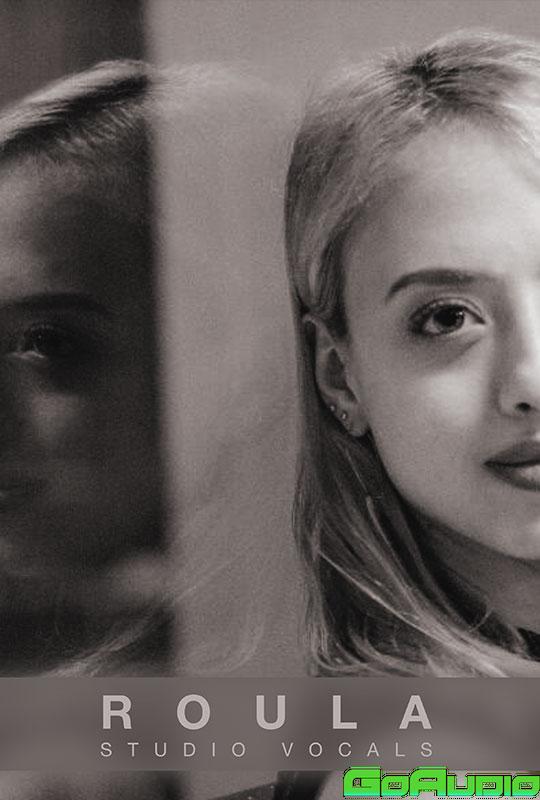 8Dio Studio Vocal Series: Roula is the latest in our esteemed solo vocal series featuring the unique voice of Roula Tsernou. The library features authentic Eastern-Balkans-Greek Style Vocals, the deep sampled library captures her essence as a artist with unique new syllables, legatos, phrases and sustains. We recorded a range of one and two syllable short note articulations giving you a huge range of variations to build complex word-like formations. We also prepared a special patch for those who need legato articulations; it includes 7 different real-legato combinations which can be mixed for maximum versatility. They can also be combined like the short notes to achieve real word-like combinations that also utilise real legato.

If you want to add even more realism to your scores with this library, we have recorded over 700 Phrases that can easily be added and mixed with the rest of the library. As Roula uses a lot of Minor seconds or modal Eastern-like scales we grouped the phrases by whether they contained a minor or major third. Additionally there are unique phrases at different tempos and root notes such as 120BPM, 100BPM, 80BPM, D, C, G or A.

Finally those looking for a more classic approach we have recorded more standard sustain articulations, for example AH. As well as more complex sustains with more a flair, for example a sustain with a mordent.

True Legato and Sustains
Studio Vocal Series: Roula contains a range of True Legato and sustains variants allowing you to switch and choose the best variant for your vocal passage. As well as the two types of free legato patch we have included special variants such as mordents and turns. Similarly, the Sustain patches have been recorded with more straightforward patches as well as more complex options, for example, inverted turn or Minor third Ascending.

Our sustains also come with an entirely new sample set that makes Roula completely her own traditional sustains have been recorded if you are looking for more of a classic approach Additionally we have a more complex sustains with ornaments such as (Upper/Lower Mordent (Half/Whole Tone), Whole Tone Up With Ornament, Inverted Turn, Minor Third Ascending/Descending, (Ah/Huh) with a Double Turn Ah/Huh to the Fifth and Back, Ah-E with a Bend Up both slow and fast as well as (EH-E) Bends up fast.

NEW UI features
Studio Vocal Series: Roula also contains our latest user-interface which includes a set of new front facing features and effects. The Main UI controls include a footer for quick access, these include Attack, Release, Offset and Speed controls to control the playback of the sample. As well as a Pitch Envelope and Glide for creating artificial risers and drops. Articulations can also be reversed and stacked using the Footer Buttons and randomised using the Chaos Button.

The other main UI controls include a Sequencer for quick arpeggio building. XY pads in the Effects tab offers a brand new way to control a range of inbuilt effects. Finally Modulation for controlling Expression, Gate, Tuning and Stereophony (The stereophonic image of the voice)

Main UI Controls – Modulation
The Modulation page has several controls such as: Dynamics (CC1) and Expression (CC11) that can be manipulated individually or linked together, a Gate with intensity and rate controls, free tuning tuning chromatically up or down (both -12 semitones to +12 semitones) and finally a Stereo width knob to control the stereophonic image of her voice.

NEW Chaos 4 FX
Studio Vocal Series: Roula is the first 8Dio library to feature the brand new Chaos 4 FX engine. The new engine gives you access to a range of effects with extreme tweakability. The rack effects can be used multiple times and any knob can be assigned to any parameter of the effect. This gives you complete freedom to create endless variations of effects including, Low Pass, High Pass, Bandpass, Sequencer, Distortion, LoFi, Saturation, Rotator, Flanger, Chorus, Phaser, Delay, Transform, Convolution, and Reverb.

REQUIREMENTS
– Full Retail version of Kontakt 5.7 required
– Kontakt 5 is 32 and 64-bit compatible on both PC and MAC platforms
– Roula requires 2.74 GB of hard drive space
– Runs as host or stand-alone application, VST or Audio Units plug-in, RTAS under Pro Tools 7/8
– Minimum: macOS 10.12, 10.13 or 10.14 (latest update), i5 or Windows 7, Windows 8, or Windows 10 (latest Service Pack), Intel Core i5 or equivalent CPU.
– 8 GB of RAM or more is highly recommended. For TMPro Patches, i7 or equivalent is highly recommended.