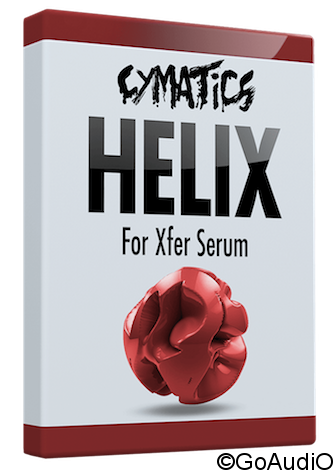 What would you put in your PERFECT Serum pack?

This is the questions we asked thousands of producers to find the exact formula to make the most revolutionary pack we’ve ever created, Helix for Xfer Serum.

Here’s how we did it:

1. We included sounds NO ONE has ever heard before.

There’s nothing but cutting edge presets created by fusing together different genres, adding cinematic and edgy elements, and capturing the textures and tones of legends like Flume.

2. We stocked Helix FULL with MELODIC sounds which is why we took inspiration from artists like Porter Robinson, Madeon, Illenium, and Seven Lions.

We were especially impressed with how these artists bring so much emotion to their songs using beautiful sounds and melodies and wanted to capture that same feeling with Helix.

3. We crafted Helix to be the most VERSATILE pack we’ve ever created. Because of that, every producer from Future Bass to heavy Dubstep can find this pack super effective.

And since these features were the exact ones our community demanded, Helix gained a ridiculous amount of momentum early on, and finally resulted in us releasing 600 copies early.

To be honest, this was the least we could do after so many members of our community took the time out to their day to give us their input on Helix.

Now…Are you ready to hear what Helix’s presets sound like?