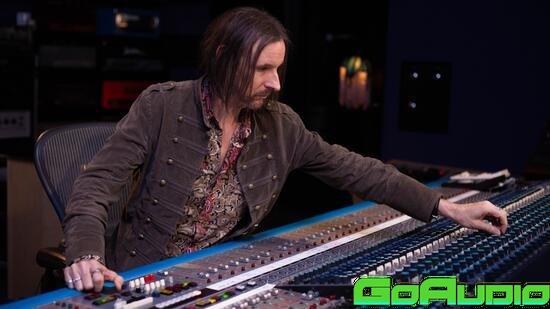 Join us at Sphere Studios in Los Angeles with the producer and engineer Nick Launay! In this series, we take a detailed look into the creation of the record ‘As a Man’ – a song by the singer and guitarist Anna Calvi. Using a hybrid setup of Pro Tools, a Neve 8078 console, and an outboard mix chain, Launay demonstrates his techniques and recounts the journey taken for the project. In addition to explaining his tracking and production approaches, he shows his treatment used on vocals, live drums, samples, percussion, guitars, bass, and the mix buss. He discusses his production philosophy, inspiration, development of new methods, and the four main stages of his current mixing workflow – the home mix, studio mix, stem mix, and parallel blend. Nick elaborates on the pros and cons of analog and digital workflow, and shows a fascinating way of altering specific parts within a stereo mix by inverting the phase of stems.