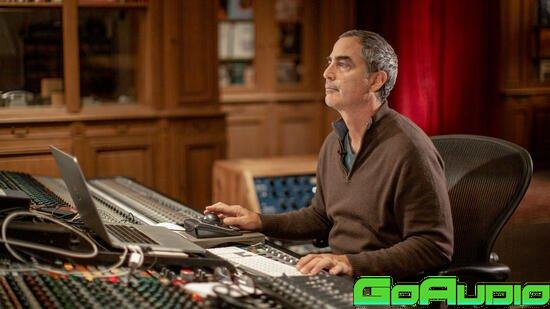 Enter the beautiful Studios La Fabrique for another eye-opening series with Tony Maserati! The highly-acclaimed mixer gives you a look under the hood of ‘I Don’t Want U Back’, the melancholic electro-pop single performed by artist BORNS and produced by Tommy English. With his Pro Tools mix session open, Maserati takes you through every element of the project that he feels was all excellently produced. Despite having originally mixed the record at his hybrid facility in Los Angeles, Tony unusually chose to complete it fully ‘in the box’. He is therefore able to reveal every technique and setting implemented to build the lush and punchy mix, demonstrating how each plug-in affects the source material. Aside from his tasteful use of inserts and effects, you’ll see how he creatively automates panning, uses a parallel mix buss, and employs more of his expertise to enhance an already impressive pre-mix by Tommy English.

ABOUT TONY MASERATI
Tony Maserati is one of the world’s leading mix engineers. Over the course of his working career he has amassed a list of credits that runs into the hundreds, with worldwide sales of over 100 million units including names such as Beyonce, Robin Thicke, Jason Mraz, k.d. Lang, Mary J Blige, David Bowie, Usher, Puff Daddy, Notorious BIG, Jay-Z, Lady Gaga, Avril Lavigne, Cher, Keith Urban, R Kelly, Destiny’s Child, Jennifer Lopez, Alicia Keys, Lil’ Kim, and the Black Eyed Peas. Maserati is a Grammy Awards winning engineer, he’s one of the few mixers with a Waves Signature Plugin Series – The Tony Maserati Collection – turning his name into a global brand.

Maserati is known for his hybrid analog/digital setup approach that he has favoured for many years, as well as his effects comprising a combination of the best of digital, (using plugins by Waves, UAD, Soundtoys, Softube and many others), and the best of analog by way of Alan Smart, Telefunken, Shadow Hills, Pendulum, Universal Audio, Chandler, Neve and Urei. Analog gear continues to prove invaluable to Maserati because of, he says, “the headroom”. However, Maserati also advocates the portability of 21C digital equipment, and regularly mixes while travelling using a laptop with Sennheiser HD600 headphones, Pelonis Model 42s speakers, and a Black Lion DAC.