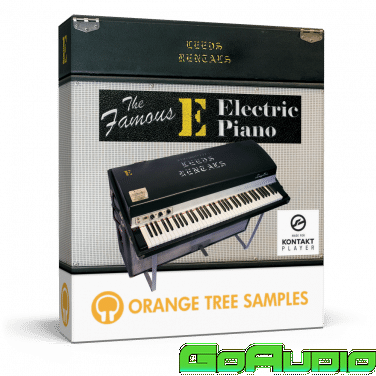 For Leeds Musical Instrument Rentals in North Hollywood, it was just a simple method of cataloging their instruments by stenciling letters on the cases of the electric pianos. One of their electric pianos in particular took notice by producers and session players, the one marked with the letter “E”. It wasn’t long before the “E” became one of the most highly sought-after electric pianos in the LA studio scene in the ‘70s and ‘80s, being featured in countless hit songs and albums. It got to the point where the “E” had to be scheduled months in advance for tracking dates.

Its sound is remarkable: the low end is clear and defined, and it has a sweet, bell-like tone in the register an octave above middle C. The inventor of the electric piano himself referred to the “E” as the best electric piano he had ever heard.

Until now, the “E” model electric piano has never been sampled before.

Determined to share its beautiful, pristine tone, George Mamalakis, the owner of the “E” electric piano, began sampling it. As a seasoned Jazz pianist who actively uses virtual instruments in his performance setup, George Mamalakis is well-acquainted with the depth of sampling necessary to recreate the dynamic, nuanced sound of the “E”. Beginning in 2015, with the guidance of Jay Graydon, Grammy award winning producer, recording engineer, composer, and recording artist, George began the long undertaking of meticulously sampling the “E” electric piano. To assist in the process, George invented a mechanical device which he named VERA, which is able to mimic the human motion of striking each key, but at very precise dynamics. Each key was sampled with 18 velocity layers, with each note’s natural decay into complete silence.

Since 2017, Orange Tree Samples has been working with George and Jay to produce the playable instrument using the Kontakt platform. Orange Tree Samples is known for their innovative scripting in sample libraries, and this library is no exception. We added a lot of exciting options to customize the tone of the electric piano, including a detailed model of the instrument’s built-in tremolo, several chorus models that use custom DSP, and a flexible modular effects rack.

We’re excited to present the resulting virtual recreation of the instrument, The Famous E Electric Piano, so that you too can enjoy the experience of playing the “E” electric piano. 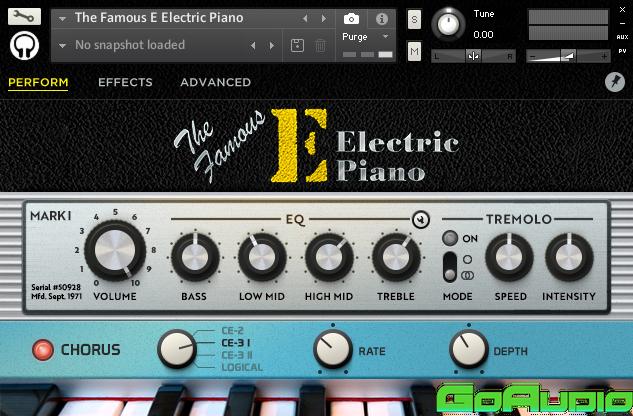 Note: Please Fill up the Form & receive password within 24 Hours.