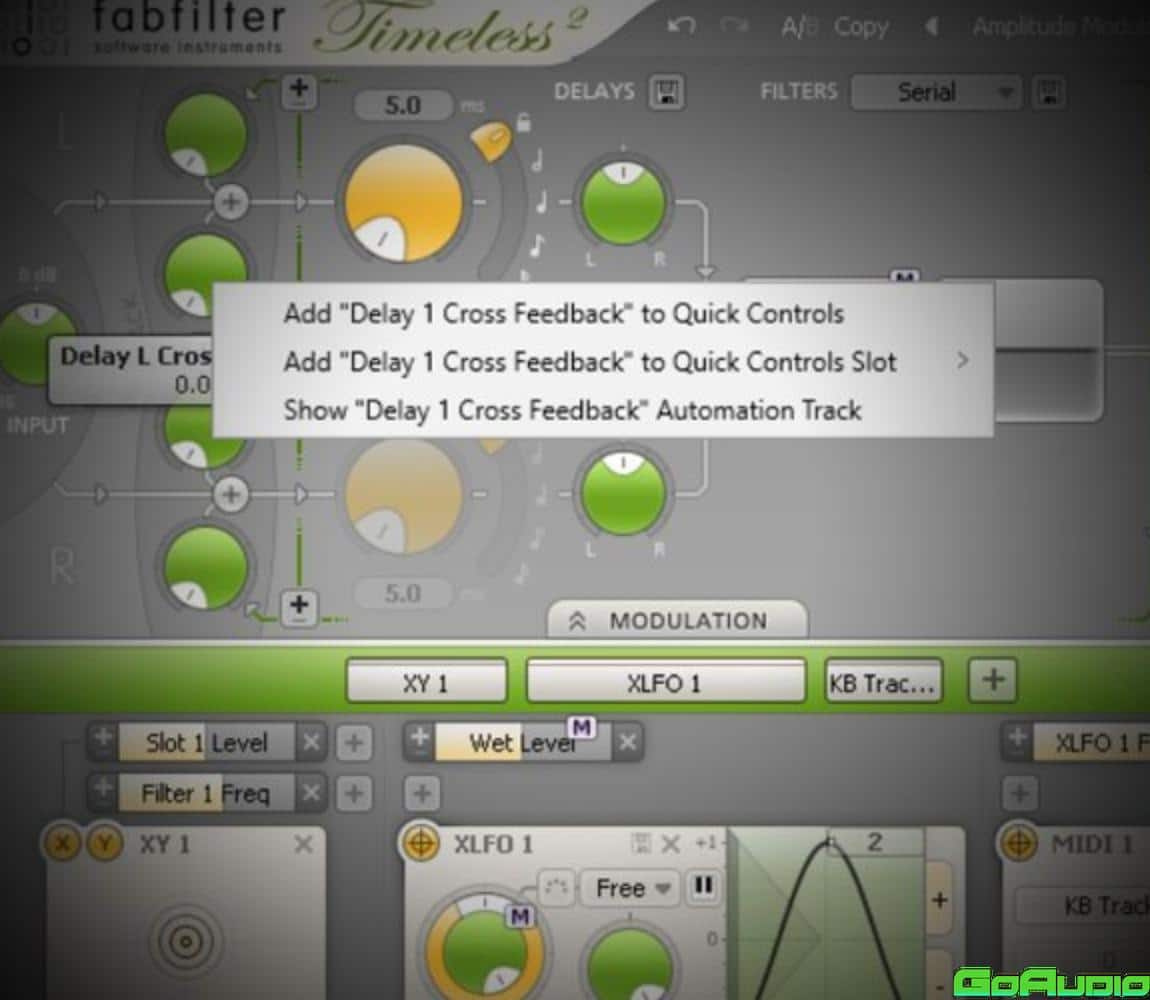 Detailed tutorial on how to use source and destination modulators with a delay effect to create spatial soundscapes.

Using Modulation to shape a Delay Effect’s Filters is a video tutorial that explains what modulators are and how to use them to modulate various parameters on plugins.

Sound designers have been using modulators for years. The modulation matrix that houses both source and destination modulators is where all the funky programming takes place to shape the sound. Nowadays, music producers use modulators to control and shape sounds, dynamics, and effects.

Before we can get creative with modulating effects, and in this case a delay effect, we need to understand what modulators are.

Almost anything can be a source modulator. Most synthesizer keyboards have a dedicated modwheel (modulation wheel) which can be assigned to a whole host of destination sources and we can replicate this scenario in our DAWs. In fact, we can design our own modulators and have them trigger all manner of processes. We can use Midi controllers to control any desired destination and now we can even use audio to modulate another piece of audio. And it doesn’t end there. Most DAWs give you extensive source modulators to use in the Automation Lanes. In effect, we can use a shape to control the volume of the audio.

Source Modulators
In this tutorial I am using two source modulators: the first is an LFO and the second is an Envelope Generator (EG).

LFO – Low-Frequency Oscillator
Low-Frequency Oscillators LFOs are often used as source modulators as they can have varying shapes and can be both cyclic and random and they can modulate (control) a whole host of destinations. An LFO is a low-frequency oscillator and it oscillates at a far lower frequency than a traditional oscillator (usually at around 10 Hz). This means that it is not heard like a traditional oscillator but still cycles like one and is, therefore, a great source modulator to use for cyclic events.

Common examples that use an LFO as a source modular are:

Tremolo – the amplitude (volume) is modulated by an LFO.

Vibrato – the pitch is modulated by an LFO

Flanger – is another modulation effect whereby the delayed signal, which is added back to an equal amount of the dry signal, is modulated by using an LFO.

Phaser – behaves in much the same way as chorus and flanging but with shorter delay times and the effect itself is far more subtle. Because phasing works with shorter delay times than chorus and flanging the impression is that there is only one sound as opposed to two distinct sounds and because the LFO modulates frequencies (peaks and trough, also known as notches) the filtering effect is quite pleasing.

Now that we understand how an LFO can affect a sound we can start by using LFOs to modulate different destinations to the usual amplitude and pitch.

Source modulators are not constrained to using LFOs. We can use an envelope generator (EG) to modulate any destination.

Envelope – shape
An envelope denotes a shape that controls the amplitude (volume) of a sound over time, and the most common envelope parameters are ADSR (attack, decay, sustain and release). However, what we want is an envelope generator that can be used to modulate ANY destination as opposed to amplitude.

Envelope Generator (EG)
Also called Contour Generator the envelope generator generates a control signal which can be used to represent the envelope (shape) of the destination.

In the Using Modulation to shape a Delay Effect’s Filters video, I explain what LFOs are, what Envelope Generators are and how to use them to control various destination parameters like filter frequency and filter pan. I show you how to use various LFO shapes to trigger different responses from the filters and I end the tutorial by showing you how to use an envelope generator to modulate the filter frequency overtime of a drum beat.

The plugin used in this video:

Topics covered in this video are:

Sonic Academy How To Make Chillwave with Brothertiger TUTORiAL