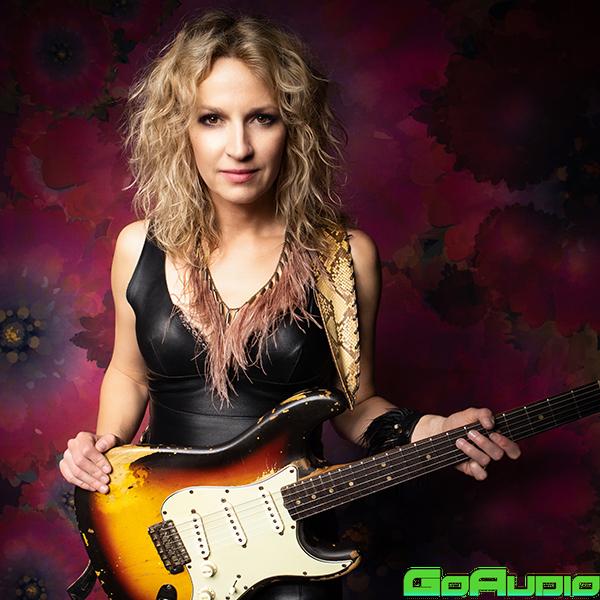 Called “one helluva a guitar-player” by Bruce Springsteen and nominated for six Blues Music Awards, Ana Popović has been the cover story feature on dozens of magazines. Nearly all of Ana’s albums reached the top of the Billboard Blues Charts. She and her six-piece band have toured tirelessly, sharing stages with B.B. King, Buddy Guy, Jeff Beck, Joe Bonamassa, and many others. We’re thrilled to welcome Ana to the family with her first TrueFire course, Blues Firepower!

”I’ve loved listening to and playing the blues my entire life. Over the years, I’ve been inspired by so many of the great blues players who helped form my own sound and approach on the guitar. I’m excited to share with you many of the techniques and creative approaches I use in my own blues improvisations right here in Blues Firepower.

In this course, I will solo over six backing tracks from my own records. These are some of the tunes I love to play live with my band whenever I’m on the road. I’ll improvise a solo over each and then I’ll break it down for you, sharing some of my favorite techniques and approaches along the way.”

You’ll learn to play Ana’s shuffle, a full-on, hard-hitting blues in the key of C. Ana will guide you through Object of Obsession, a soulful, cool, Memphis-inspired groove and then a jazzy style track called Waiting on You. There’s a slide solo over a 70’s funk jam called Tribe, a slow blues in the vein of BB King called Blues for Ms. Pauline, and finally, you’ll solo over Long Road Down a funky, driving groove in the key of D.

Ana will explain and demonstrate all of the key concepts and approaches along the way. You’ll get standard notation and tabs for all of the performance studies. Plus, you’ll be able to use TrueFire’s learning tools to sync the tab and notation to the video lesson. You can also loop or slow down the videos so that you can work with the lessons at your own pace. All of the backing tracks are included to work with on your own as well.

Grab your guitar and ignite your Blues Firepower with Ana Popović!