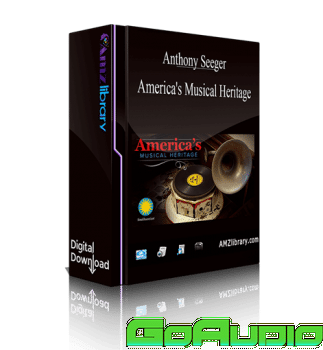 Hymns, spirituals, protest songs, campaign themes—music has always played a powerful role in American life. And befitting a country so diverse, American music is defined, above all else, by a creative mixing of styles and instruments, and a constant inventiveness.

From vaudeville and jazz to country music and blues, hearing the sounds of the American spirit is a truly unique way to appreciate centuries of the nation’s history in all its complexity. American music, according to Professor Anthony Seeger, has been a part of the religions Americans practice, the wars they’ve fought, the regions in which they’ve lived and worked, and the communal celebrations they’ve enjoyed. It’s an eclectic soundtrack that taps into the core of what it means to live in America, and it’s a soundtrack to which musicians in the 21st century remain indebted.

In America’s Musical Heritage, learn how to hear the music of America with new ears. Produced in collaboration with Smithsonian Folkways Recordings—the Grammy Award-winning record label of the Smithsonian Institution featuring a vast treasury of American vernacular music—these 12 lectures explore more than 200 years of music that will reveal a different side of the American experience. Professor Seeger traces the origins of the American music industry; the impact of instruments like the piano and the banjo; and the myriad ways music has shaped American wars, dances, elections, and public demonstrations. You’ll also hear informative interviews and eclectic performances from scholar-musicians, and sample original recordings that reflect the incredible richness of the American musical experience. Through the music and stories of trailblazers like Scott Joplin, the Memphis Jug Band, Woody Guthrie, and many others, you’ll hear an unforgettable story of American cultural innovation.

Uncover the Power of American Music

At the heart of America’s Musical Heritage is the idea that music and society are constantly intertwined. Music in the United States has been shaped by centuries of human interaction and musical encounters, from the traditions of Indigenous peoples and the influence of European empires that first staked their claim on North America to political struggles for the rights of women, workers, and other disenfranchised groups.