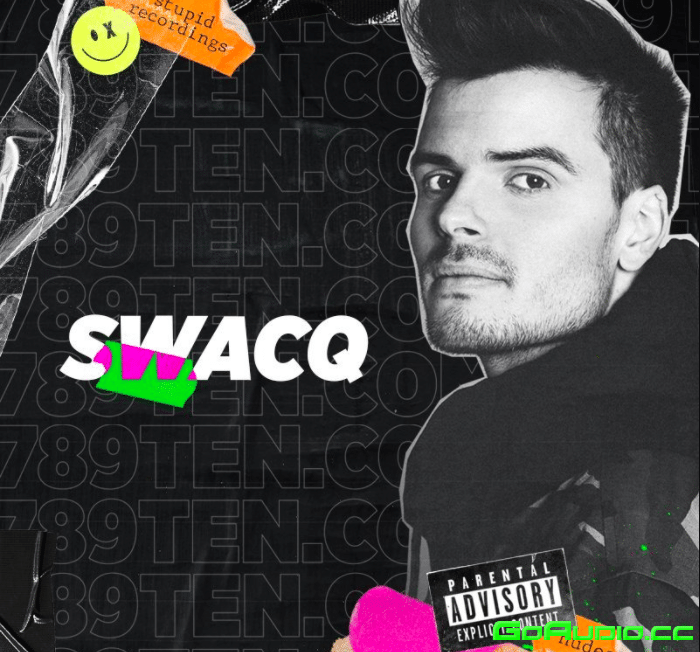 From trap influenced electro and bass house to euphonic festival anthems, this man does it all – and does it all with remarkable skill. There has been a big spotlight shining on SWACQ over the past year, and there is no longer any doubt that he sits comfortably among the top sound designers and producers in the world, standing out as a shining star in the vast sea of dance music greats. Proving himself time and time again with releases appearing on Musical Freedom, STMPD, Spinnin, Dim Mak, Ultra, Protocol, Atlantic, and more, there has never been a more optimal time for a SWACQ producer pack.

These past few years have been a rollercoaster for SWACQ after catching the ear of Tiësto who has taken SWACQ under his wing, collaborating on multiple songs and remixes together.

In the SWACQ PACK we are releasing an extensive selection of extremely rare and sought after sounds, proven to turn your song into a banger, drag and drop, as displayed by SWACQ’s string of signature remixes for the likes of Steve Aoki, Martin Garrix, The Black Eyed Peas, and Gucci Mane, as well as collaborations with Will.I.Am, Timmy Trumpet, Justin Mylo, Don Diablo, and Tiesto.

SWACQ is dominating the ranks of the top producers in the industry, and now is your chance to get inside his mind and inside his computer, by downloading THE SWACQ PACK;

A collection of his most infamous sounds.

You will be blown away with this download. To give you an idea of what’s possible with these sounds, the demo track in the trailer is entirely comprised from this producer pack.

SAMPLE PACK: There’s a lot of producers stuck playing catch up to trends in dance music… SWACQ is not one of them. SWACQ is firmly set on designing his own unique sounds, and it’s working for him. At the age of 28, he’s already become one of the hottest producers in the world, having worked with everyone from Steve Aoki, to the Backstreet Boys.

These are his samples, direct from SWACQ’s tracks.

The SWACQ PACK is BIG, a full library of 300+ samples in every category you could ask for:

Plus some bonus ‘stupid recordings’ that SWACQ couldn’t resist tossing in, everything from ‘manager snoring’ to ‘my s****y chair’

Massive: You didn’t think we’d leave it at just ONE synth did you? In this collection of Massive presets SWACQ hands over a goldmine of bass sounds from his biggest collabs. Also included is two bass presets and the appetizing pluck from ‘Switch Back.’

BONUS Spire Preset: Originally planning to omit spire, SWACQ couldn’t help but hook us up with one of his go-to presets used all over his tracks. This is a toothy bass patch, not to be passed up by any Spire user, which perfectly fills the needed frequency spectrum on bass oriented dance drops.

BONUS LOGIC CHANNEL STRIPS: Use the exact racks and settings handmade by SWACQ to achieve the coveted SWACQ fatness and texture.

“The process of using the kinda distortion that i use, the kinda reverb, thats what makes my sound me.” – SWACQ

NSFW BONUS: Did SWACQ really just become the first producer ever to include nudes in a producer pack… or is he trolling?

LIMITED 48 HR BONUS # 2: Live production coaching session of 1 hr via Skype with SWACQ Post a photo on your instagram story of a proof of purchase of this product and tag @swacqmusic and @789tendotcom for a chance to be randomly selected to win!

NOTE: The Badabi Project file is a bonus that is included for your viewing and educational purposes. As this is a bonus, we cannot guarantee complete compatibility as plug-in and software versions vary tremendously from computer to computer.  Once the timer runs out on our website, this project will no longer be bundled with the product. We are certain you will get a lot out of this project file, we found it to be incredibly inspiring and educational!