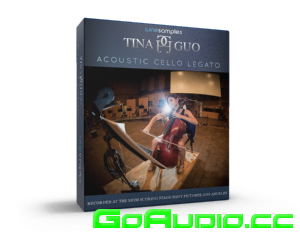 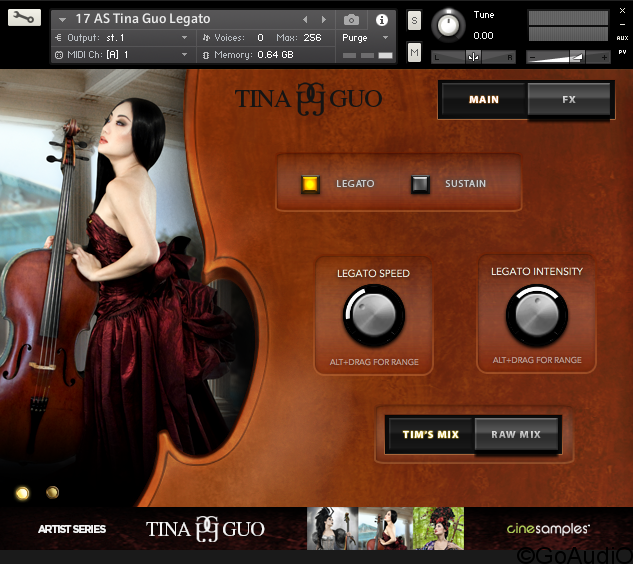 By default, Tina’s natural bow changes occur on sustained notes. Use the sustain pedal or the green Key Switch before a sustained note to extend the bow length as needed. This is understandably an unnatural occurrence, but it provides the necessary bow length required in slower tempi. Simply re-attack the note when you need a bow change on the same note.

THE PATCH
First introduced as an addition to our Artist Series – Tina Guo sound design library, the Acoustic Cello Legato patch has been available for individual purchase by popular demand! Featuring a brand new approach to legato programming in 2014 dubbed Seamless Legato, Tina’s expressive solo acoustic cello performance was captured at the MGM Scoring Stage at Sony Pictures Studios and brought to you in the form of an accessible and intuitive legato patch. Tina’s signature sustain sound will easily blend within your string ensemble compositions as a featured instrument, and bring a fresh voice to your section.

ABOUT
Tina Guo has developed an international multi-faceted performance and recording career as a classical acoustic cellist, heavy metal electric cellist, erhuist, and composer. Her distinctive sound and improvisatory style have been featured in major motion picture, television, and game scores. Taking her formal training from USC to new musical heights, she enjoys experimenting with a wide range of effects and digital processors, ever expanding upon her sound.