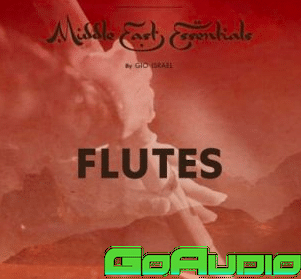 The Middle East Essentials series by Gio Israel set the goal of capturing the most diverse, high-quality, and unique musical material. Making ancient music, sounds and instruments accessible through state of the art sound sampling.

The Ney is the most prominent flute in the Middle Eastern winds family. A sacred instrument, traditionally believed to hold “the secret of god,” known throughout the entire region for its mesmerizing sound. It has been played continuously for 4,500–5,000 years, making it one of the oldest musical instruments still in use. For the pack we recorded the brilliant Niri Sade and Yagel Hroush, with a variety of styles ranging from Persian, Turkish and Classical Arabic scales, alongside contemporary styles that were specifically designed for modern production use.