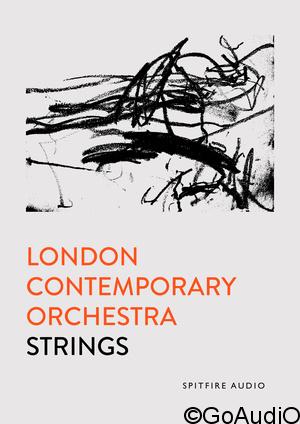 Everything you need to make cutting-edge strings music. There is a shift in string writing that is becoming a global movement – based on innovative techniques and performance styles, it’s notoriously impossible to program with the tools currently available. We’ve partnered with the London Contemporary Orchestra, whose work with the likes of Radiohead and Jed Kurzel (Alien: Covenant) has contributed significantly to this shift, to create a string library that gives you access to this unique, experimental palette. This library contains multi-sampled violin, viola, cello and bass sections, and has been recorded at our dry stage in London. With a host of dynamically controllable, never-before-sampled articulations, this rich set of diverse recordings are both playable and musical, and will transform your work.

A distinct collection of multi-sampled, multi-dynamic and most importantly “playable” strings recorded on our dry stage with the LCO by in-demand engineer Joe Rubel and Spitfire’s Head of Product, Stanley Gabriel. We recreated their popular “workshop” approach to playing to curate a musical, deeply versatile set of never-before-sampled articulations – a complete set of playing styles that give you, at long last, an ability to demo and create cutting-edge string writing; the kind of work that is winning hot new composers plaudits across the compositional landscape. From sharply angular to sincere beauty, these up front strings are designed to make you think differently about string writing. And, by encouraging the LCO to create the ‘impossible’ (ie. by recording detuned strings to form playable single instruments), they have embraced technology to deliver us instruments you would never hear outside a sampler. This truly is a unique set of tools.

Members of LCO became interested in working with us when we started experimenting with our Evo Grid lines. Over a period of two years we met and talked about how we could make a library that was unlike any other, and it became clear to us that working with the LCO could only lead to that outcome…

Winner of the Ensemble category at the Royal Philharmonic Society Music Awards 2015, the London Contemporary Orchestra has established itself as one of the UK’s most innovative and respected ensembles – promoting the best new music and cross-arts collaborations to an increasingly wide audience. Formed in 2008 by co-Artistic Directors Robert Ames (above left) and Hugh Brunt (above right), the LCO has collaborated with a distinguished array of composers, artists and brands, including Radiohead, Secret Cinema, Actress, Vivienne Westwood, Jonny Greenwood, members of Arcade Fire, Boiler Room, Goldfrapp, Nike, Terry Riley, Beck and Foals. Highlights include sold-out performances at the Roundhouse, Southbank Centre and at the Barbican, There Will Be Blood: Live, the critically-acclaimed site-responsive series Imagined Occasions, and live broadcasts on BBC Radio 3. The orchestra’s soundtrack output features The Master, Theeb, Slow West and Macbeth, and the LCO strings and choir feature prominently on Radiohead’s 2016 album A Moon Shaped Pool.

Creating this library allowed us to do two things: capture the unique techniques and styling of an extremely exciting group of musicians for use in our own compositions and create new instruments with them that could only be possible by harnessing the power of modern sampling technology.

The library comprises recordings of 6 Violins, 4 Violas, 3 Celli and 2 Basses with the Celli in octaves, all in a tight room. Over 100 articulations were captured across all sections and we’ve created a unique ‘Detuned Open String’ instrument for all sections.

This is the main interface for melodic instruments. Its default view displays all available playing techniques, has a simple microphone mixer and includes the main feature controllers.

This view allows further in-depth control of the instrument, showing all available signals and feature controllers, as well as the ability to purge techniques from memory to reduce system usage.

In this view you can add notes to a pattern sequencer, select which key it triggers on and then play for instant ostinato creation. It’s like an arpeggiator on a synthesiser. 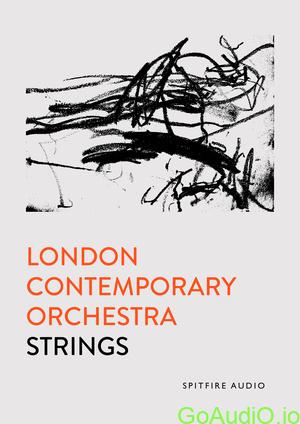